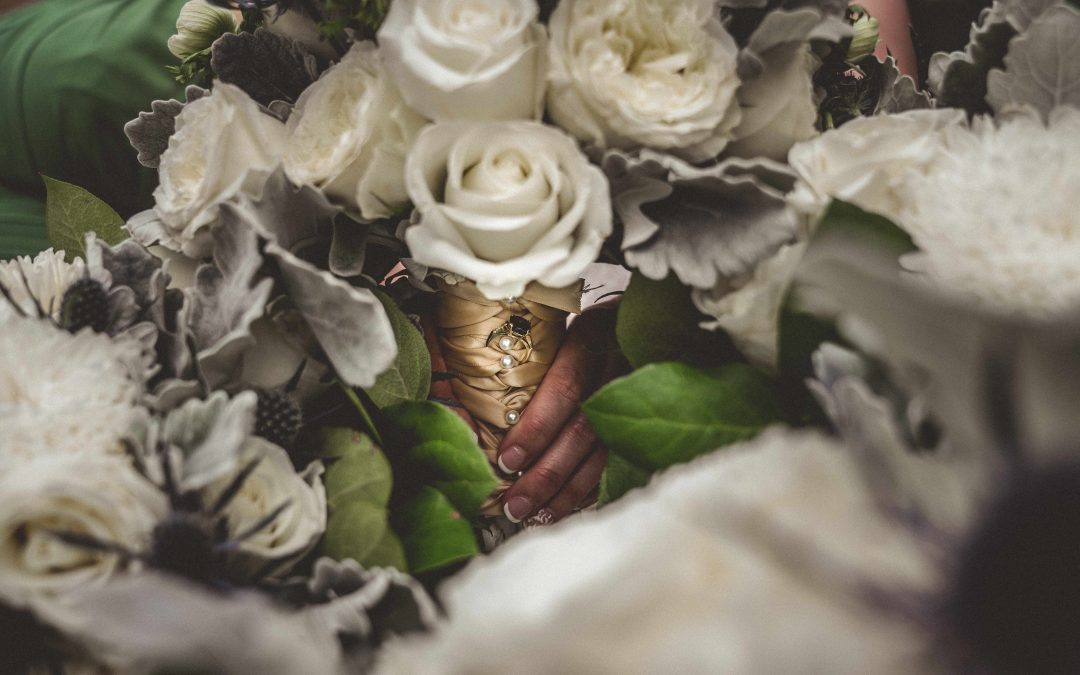 My favorite bouquet shot, done with one of my favorite processing styles.
Little Dog Video & Photo is the award-winning, creative venture of the small but mighty, Kyle Kettler. Kyle has been making movies in the backyard with his family since he was under 4ft tall. Honing that passion for storytelling & filmmaking, he received a B.S. in Communications [Media Production] at East Carolina University. He later expanded into photography, and has been creating visuals professionally for nearly a decade. The ‘little dog’ in the name comes from our six-year-old Cavalier King Charles Spaniel puppers named Mack.

Currently, Kyle is studying documentary filmmaking at the Center for Documentary Studies at Duke University, where he is in production on the thesis film: All Parts Human.

Under Little Dog Video & Photo, we can offer so much more than crafting cinematic wedding films. We work on everything from clean, corporate projects to stylized music videos, and everything in between.

Serving All of North Carolina 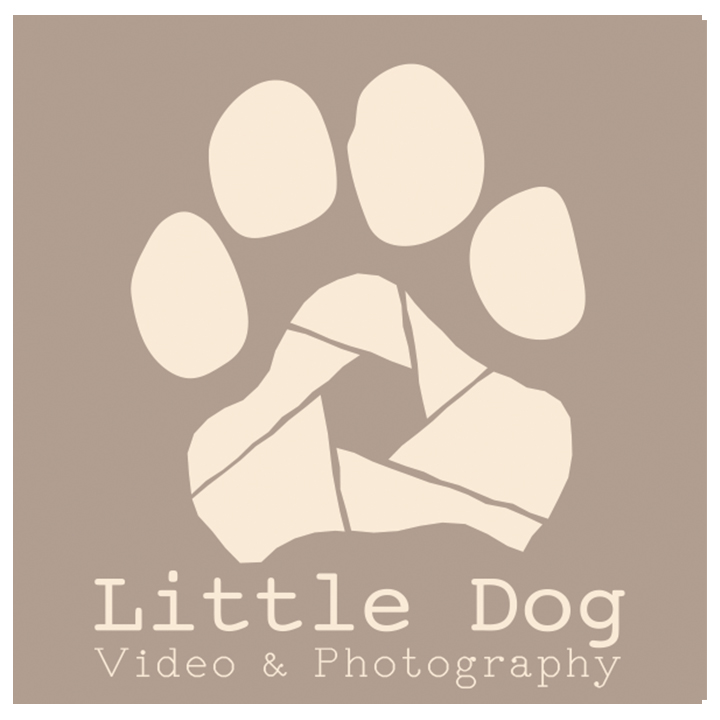 My journey into wedding filmmaking started in 2016 when I first conceptualized Little Dog Video & Photo. I’d been working at a local production house specializing in corporate-style marketing videos for four years, right out of college, when I was laid off due to company restructuring. Without any form of a fallback plan, I started working at Starbucks and made plans to start doing freelance work under my own banner.

Thus, with a single camera, two lenses, a tripod and audio recorder, I started what was originally Little Dog Video and Podcast Productions [what a mouth-full]. Later in the year, I rebranded as Little Dog Video & Photo and booked my first wedding client! It was two former high school classmates of mine who saw the Facebook page I had started for LD and reached out wanting to support my fledgling enterprise.

It was a ceremony I’ll never forget, because it was anything but traditional. The venue was the backyard of a mutual high school teacher that was integral to their lives, Mr. C. In additional to giving the couple his backyard to use, Mr. C and his brother sang a traditional Native American ceremonial song to walk the bride down the aisle. The only guests in attendance were their closest family and friends, maybe 20 people max, including me. It was a beautiful experience and I was honored to be a part of a close knit ceremony.

From that point on, wedding filmmaking has been a very hallowed and sacred project that I hold close to my heart. Since that first wedding film in 2016, I’ve gone on to do six more wedding films, with more on the books after a rescheduled and shuffled 2021! 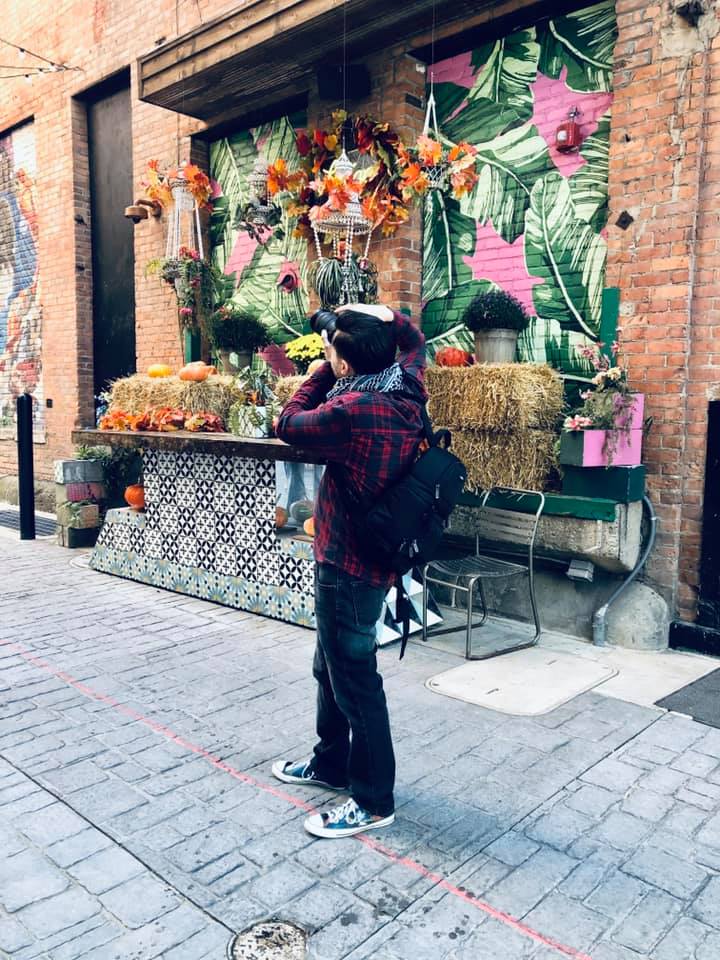 A quick photo my wife took of me while on vacation. I don’t have many photos of me since I’m always behind the camera!
“We can’t recommend Little Dog Video & Photo enough! Kyle was such a pleasure to work with from start to finish. We had to reschedule a few times and he was so accommodating and had asked several questions before hand so we were ready for all the shots he’d need and he was ready to capture what we were looking for! On the day, he was able to catch all of the important aspects of our club, while being so incognito, that our members weren’t affected by his presence! The video surpassed our expectations and we couldn’t have been happier with how it turned out. Even when we requested some changes to the video, Kyle was very accommodating and he promptly returned a new video with the edits. We loved his work so much, that we will definitely be using him for any photography or videos we may need in the future! Kyle is a true professional and extremely talented. Thank you so much Little Dog Video & Photo!”
- Title Boxing Club of Greenville, October, 2016
Q: What’s your title/position in your business?

Q: What is your favorite thing about elopements?

A: I love the intimacy and privacy it offers. I like to get to know my couples and offer more of a one on one creative experience.

Q: What’s a fun fact about yourself?

A: I  am an avid comic book reader, so much so that I’ve started writing my own. Hopefully one day I’ll be able to work with an artist to have something self-published… as soon as I find the time.

Q: Tell us about your favorite elopement!

A: The first wedding I ever filmed was a quaint, intimate ceremony in the backyard of the couple’s close friend. It was far from the traditional wedding, bridging the wedding traditions of Native American, Scottish and Catholic cultures.

Q: Is there a wedding detail on your bucket list?

A: I would love to create a wedding film that is closer to a short story narrative than documentary style. The approach would be to shoot the wedding as planned, but then recreate key moments in the couples lives in a cinematic styling.